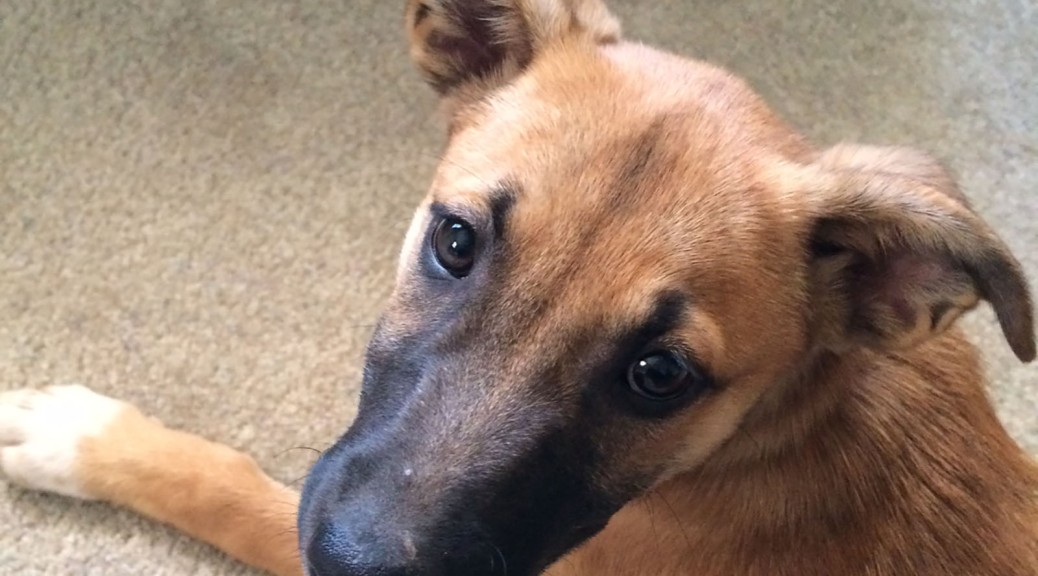 I took three dogs out for a test-drive today at the local animal shelter. The first was a beautiful German shepherd who acted a complete fool on the leash, despite the shelter volunteer putting a pinch collar on him to get him to pay attention. Nope.

The second was a smaller, female German shepherd-Lab mix who behaved better on the leash and was definitely in the running for a bit.

Three litters of puppies were roaming around — some sleek Doberman mixes, some pretty little Australian shepherd mixes that I’d been eyeing on the shelter’s website, and some pit bull mixes that could have passed for coonhounds if the insurance adjuster asked. (Don’t think I didn’t think about it. Y’all know how I feel about pibbles.)

One of the Aussie mutts knocked the rest of the pack out of the way to get to me, so I looped the leash through its own handle to create a makeshift training collar and took her for a walk, followed by one of her littermates and an overenthusiastic Dobie.

Despite the distractions created by the other pups, she paid attention to my voice, responded quickly to leash corrections, and seemed content to follow me along without needing much direction. When I found out she was about 12 weeks old, that pretty much sealed the deal; years ago, Scout’s trainer told us years that 12 weeks is the ideal age to start obedience training. Bonus that she reminds me of that trainer’s late Belgian Malinois, who was an awesome dog.

Riggy seems to like the new kid just fine. Lillian is less impressed, but the only thing that has ever impressed Lillian is bacon. Either you are feeding her a piece of bacon, or you are a peasant worthy of the utmost contempt. There are no other roles in life. (Rather Elizabethan worldview, as I think about it.)

We haven’t named the new pup yet, but I’m leaning toward Ramona (after the beloved Beverly Cleary character, of course), because she is a lovable pest.