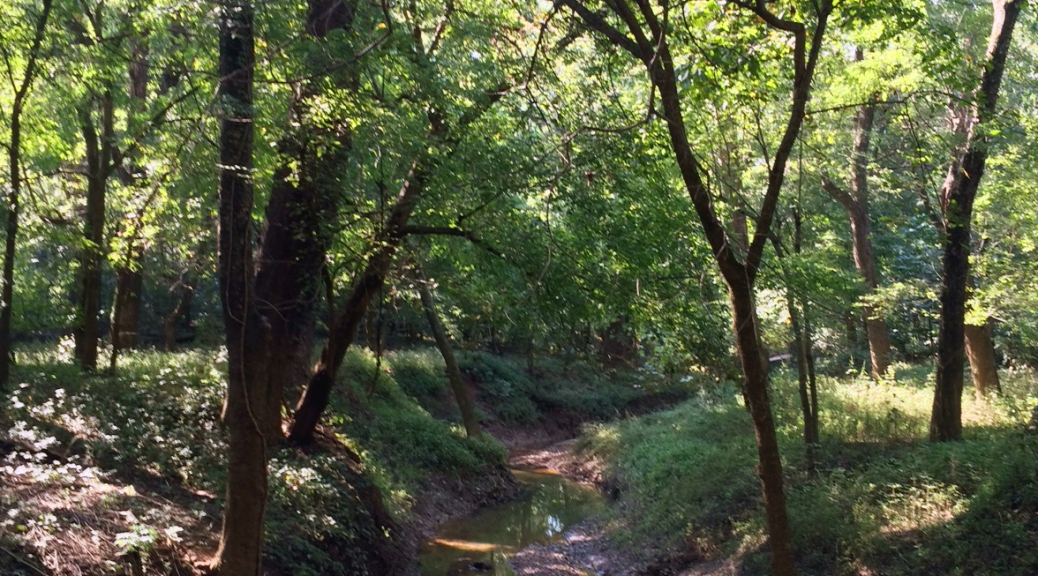 Ron wanted to check out something we’d never seen before this weekend, so when we were both off Friday, we drove out to Bollinger Mill, a long-defunct grain mill at Burfordville that has been preserved as a state historic site.

Ron, whose late uncle used to run a feed store, liked touring the building and seeing how the machinery worked, and we both enjoyed meeting the resident mill cat and walking across the covered bridge next to the mill, but for me, the best part of the trip was the trail leading up through the woods to Bollinger Cemetery.

Amboy Crater remains my favorite place to hike — followed closely by Tucumcari Mountain and La Bajada Hill — but beggars can’t be choosers, and I’ve become increasingly enthusiastic about the prospect of spending time off traipsing through the woods, usually at a pace considerably faster than Ron would like. For everyday training, I like smooth, fast trails or climate-controlled tracks and treadmills, but there’s something to be said for rugged terrain that demands your full attention and forces you to focus on the task at hand instead of counting steps, timing intervals or making mental to-do lists while you log your miles for the day. Tree roots, spiderwebs and steep inclines force you to be fully present in the moment; failure to do so generally comes with unpleasant consequences.

I was too busy concentrating on keeping my feet under me — a demanding task, as the heavy rains we’ve had this summer appear to have eroded the trail pretty badly — to take many pictures, but the trail is pretty, and the hill is just steep enough to be challenging without posing any significant risk of shin splints or sore knees on the way back down.

Bollinger Mill is off Route HH about 19 miles from Cape Girardeau. If you go through Gordonville, to get there, I highly recommend a stop at the Gordonville Grill for lunch. If you hike the trail during warm weather, take bug repellent. I didn’t have any with me Friday, and the mosquitoes were exceptionally obnoxious.