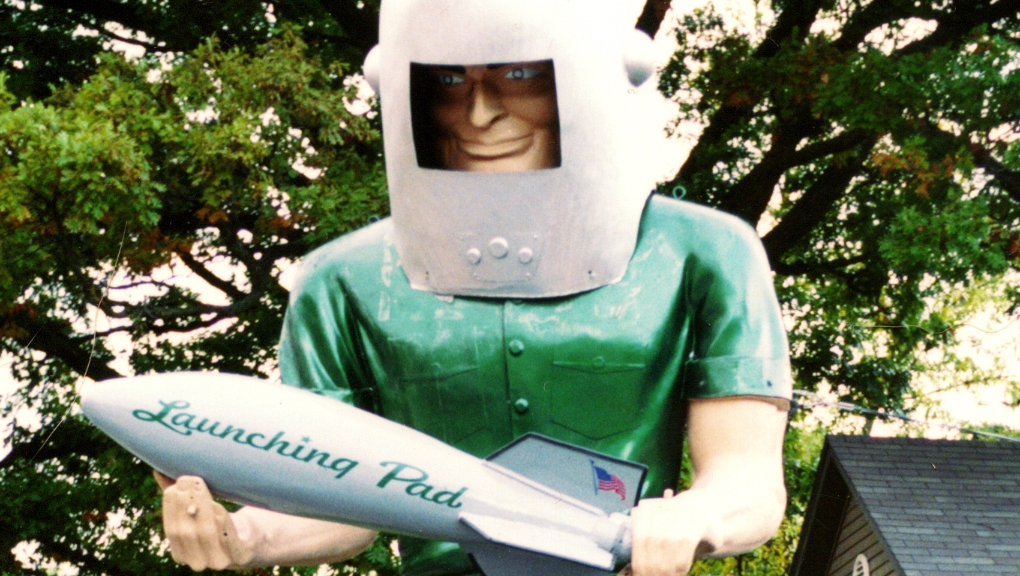 I have kind of a long-term goal — nothing really pressing, but just something I’ve thought might be cool to do — of pedaling the equivalent of the length of Route 66 on our stationary bike. About a year ago, I got on Google Maps and planned rides in increments of anywhere from 7 to 35 miles, following the road from landmark to landmark. I entered that information into Excel, printed out a chart, and hung it in the basement, where it’s been sitting, mostly ignored, for months. I noticed it a couple of weeks ago when I was testing out the new bike Ron bought after the old one broke down, and I decided to give it another go, just for fun.

I’ve logged over 100 miles in the past couple of weeks. It was easier than I expected, even with the tension turned up on the bike, and it’s a comfortable way to burn a few calories and generate a few much-needed endorphins while I wait for spring.

I don’t have the time, money, or endurance to go out and take a real ride down Route 66 from Chicago to Los Angeles right now, but this virtual trip is kind of a nice way to revisit favorite attractions in my head and daydream about where I’d like to explore on our next road trip.

By the way, 100 miles puts me somewhere south of the Route 66 Museum in Pontiac. If I were really on Route 66, I’d have started at the “Begin 66” sign in Chicago and passed the Berwyn Route 66 Museum, the site of the late, great Wishing Well Motel, Dell Rhea’s Chicken Basket, White Fence Farm, Haunted Trails, Route 66 Raceway, the Gemini Giant (pictured above), the site of the fabulous Riviera Roadhouse, Ambler’s Texaco, Odell Station, and the Pontiac Route 66 Museum.