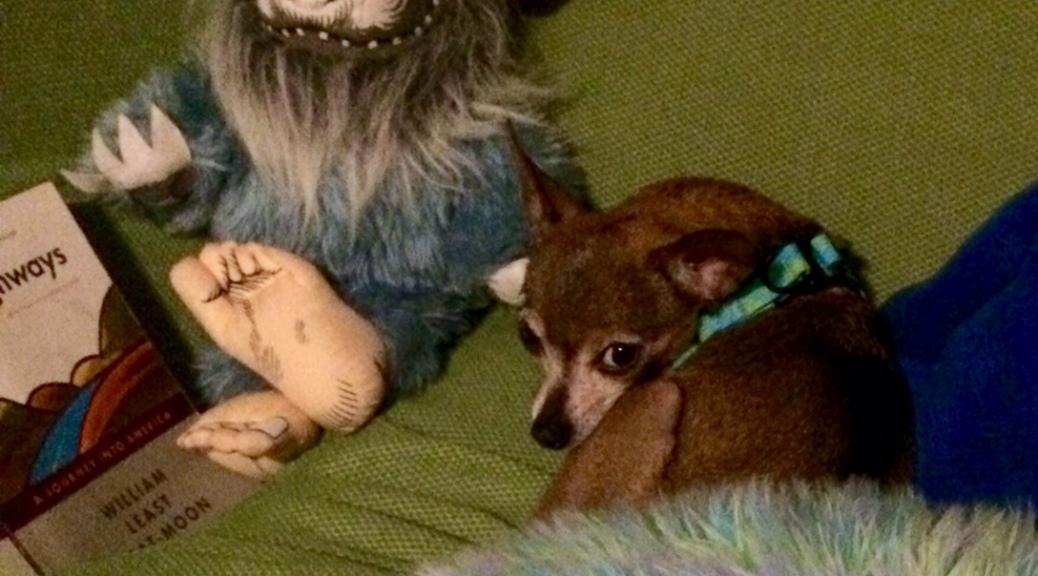 As I mentioned the other day, we have a new baby at our house.

Well, not exactly a baby. She’s four and a half. But she’s tiny. And cute. And ridiculous.

Meet Lillian the Chihuahua, commonly known as “Lil Miss.” (Yes, Ron named her after the desk clerk in my novel, which you totally need to order if you haven’t already.) Lil also answers to “Get Your Face Out of the Cat’s Bowl.”

I’m pretty sure Lil is judging me.

Shady expressions notwithstanding, Lil is a sweet little dog, and she’s a quick study — I don’t think she’d ever been on a leash in her life when we got her, and she had a total meltdown the first time I put one on her, but less than 24 hours later, she had the hang of it and walked around the block just fine. She also had to learn about crunchy dog food (which she loves) and having her teeth brushed (which she hates so much she cries like a newborn baby and squawks like a crow every time Ron tries to do it).

I have no idea why I waited 35 years between Chihuahuas. They’re great entertainment, and marvelously portable: Lil went to work with me in a little sherpa bag for a couple of hours on Thanksgiving and just sat quietly on my lap while I designed pages.

In other news, the house looks terrific since I whipped it into shape so I could take pictures of it to send to Lloyd Kahn, the author of Tiny Homes, who is now working on a book about small homes. I’ll post some pictures one day soon.