Here is what I have accomplished in the past two days:

2. Did a boatload of grocery shopping.

(Pictured above: Five pints of spiced, unfiltered apple juice and a few jelly jars of apple butter, which was basically the byproduct after I used the Crock-Pot to render the juice.)

5. Raked up half the leaves in the backyard and used them as compost starter so I’d have a place to bury the apple cores. The pile is too carbon-heavy to heat up right now, but I have a lead on a good source of barn litter, so I should be able to balance it out and get those thermophilic bacteria going soon.

6. Started four trays of sprouts — two of alfalfa and two of a clover/fenugreek/radish mix I picked up at the health-food store last week.

7. Bought and assembled this shelf to store my sheet music a little more neatly.

8. Finished all the drawings for the coupon books I am making for my niece, nephews and goddaughter for Christmas. Here are a few samples of the projects I’m plotting:

Several of the kids on my Christmas list are Whovians, so we’re going to use Lite-Brite pegs and a styrofoam cup to make a Dalek, which will be illuminated from within by one of those LED tealights.

Lemon juice and an incandescent bulb. Simple but cool. 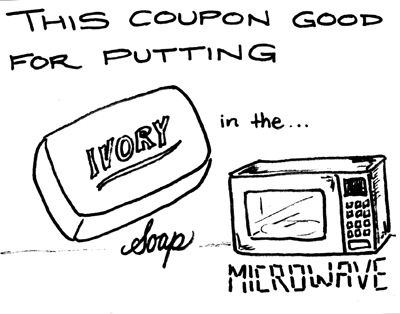 If you don’t know why this is awesome, Google it. 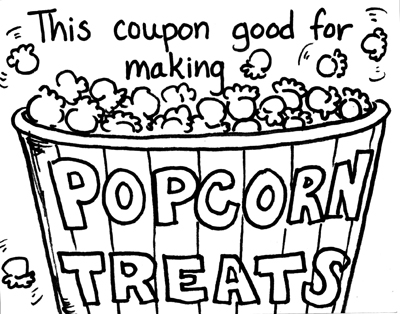 Sweet or savory. Or both. I’ll let the kids decide. 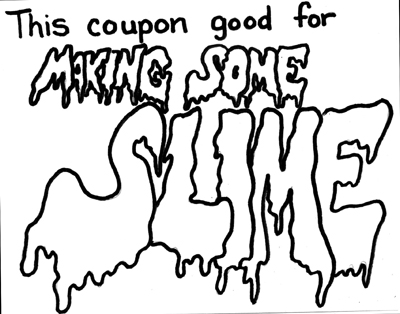 Pretty sure letting them make fake snot qualifies me for Aunt of the Century.

I came up with about 15 or 20 other coupons, which I’ll mix and match to suit the interests of the kids involved, but you get the idea. I’ve scanned all the drawings and Photoshopped them, but I still have to lay out the books, print them and assemble them.

I think I’ll tackle that later. I’m tired, and I hear the piano calling me….