A few shots from the New Mexico part of our Route 66 trip: 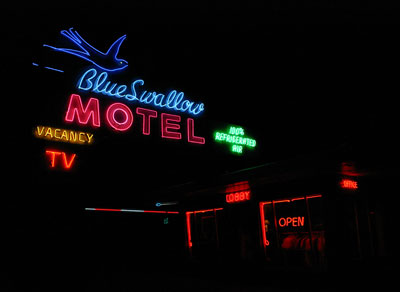 An old friend: The Blue Swallow Motel on Route 66 in Tucumcari, N.M. 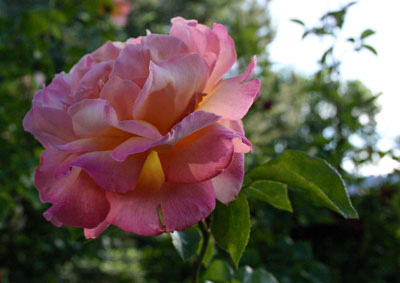 One of the roses in the extensive gardens at El Rey Inn, Santa Fe, N.M. This was the first time in several years that we’d had a chance to do the Santa Fe Loop, which was bypassed in the 1930s. 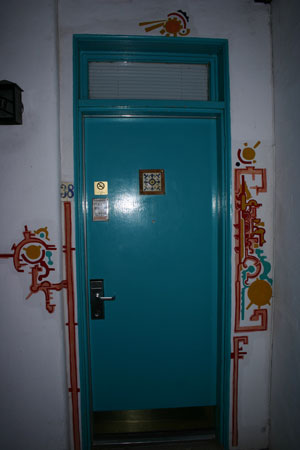 Not a great shot (I hate using the internal strobe on my Rebel), but I wanted to remember the painting around the door frame. I think it would be cool to do something similar at our house. 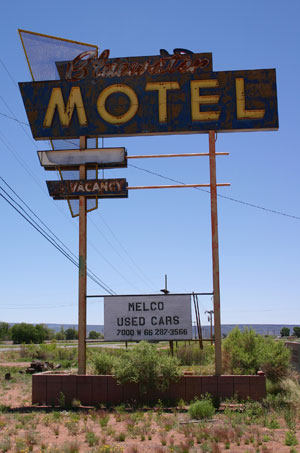 I’m not sure why, but I always look forward to passing through Bluewater and seeing this sign. 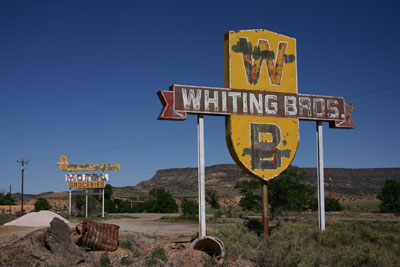 Ghosts of a long-gone era. 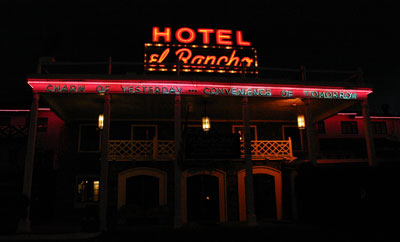 El Rancho Hotel in Gallup: Home of the stars, featuring the “Charm of Yesterday … Convenience of Tomorrow.” We stopped here on the way back to Tulsa. It’s a great old hotel.

Speaking of stars and bygone eras, I am thinking about getting a shag haircut just to protest the fact that Farrah Fawcett’s passing has been largely overlooked amid the media circus surrounding Michael Jackson’s Elvisian departure. I don’t mean to take anything away from the King of Pop, but answer me this: Was he ever one of Charlie’s Angels?

I rest my case.

P.S.: Ron has named the kitten “Walter,” as in Payton. I think that may be the best cat name I’ve ever heard.