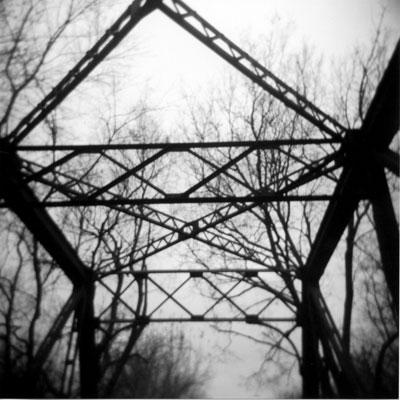 After shooting digital for two years, I’d quite forgotten the exquisite agony of waiting to get prints back from the camera shop. I got a reminder this morning when I handed the lady at Apertures a roll of 400-speed T-max containing my new Holga’s first images. Waiting for five o’clock (the time my prints would be ready), I felt like a little kid waiting for Christmas.

They’re not the best images I ever got, but considering the fact that I hadn’t shot black-and-white film in over two years and was breaking in a plastic, fixed-focus camera on a cloudy day, I think they turned out pretty well.

For the Holga’s maiden journey, I took her out on Route 66 to get some images of familiar places, including the bridge above, which is on an old alignment of the Mother Road in Chelsea.

I love my Rebel, but it felt good to shoot film again. Below are a few more of the pictures I shot with the Holga, which I have since christened “Joy.” (First person who can correctly identify the source of the name will win a fabulous prize.) 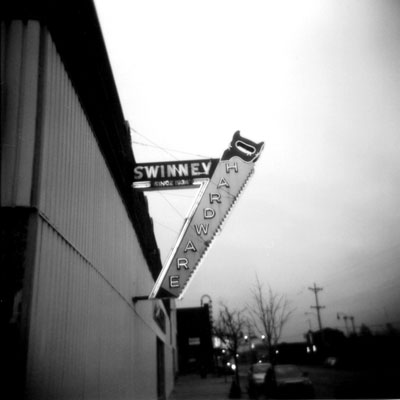 Swinney’s Hardware, located on an early alignment of Route 66 in Tulsa. 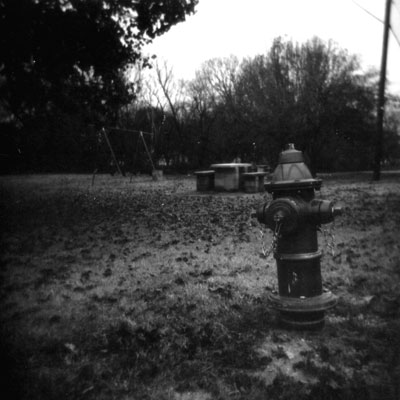 Roadside park on Route 66 in Catoosa.

Bridge on an old alignment of Route 66 in Chelsea.

Incidentally, this was the first time I’d used Apertures for processing, but it definitely won’t be the last. They were very helpful and friendly, the price was very reasonable ($5.50 for processing and 69 cents each for 5×5 prints), and the turnaround time was impressive: just under eight hours for black-and-white, medium-format film.

For my next performance, I’ll find out how the Holga does with color film on a sunny day….